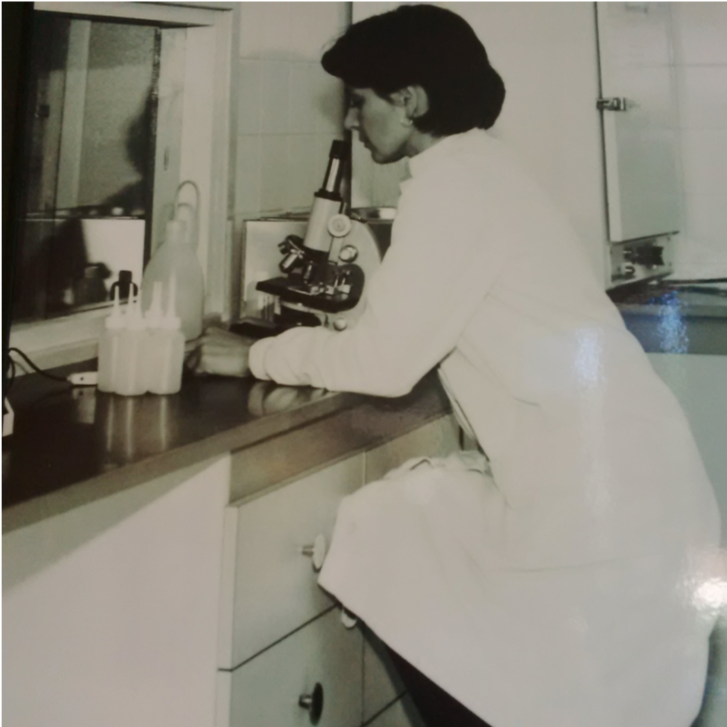 With this post, we start a series of stories around the path of Semen Cardona, a familiar DNA company that was born, as the title of this text indicates, to the purest “Silicon Valley style.” It did not start in a garage like Apple or Microsoft did, but in a small shed in the house of its founder, Maria Àngels Rial. As it happened to Bill Gates and Steve Jobs, very few believed in the creator of Semen Cardona, an entrepreneur who has shown that with enthusiasm, perseverance and creativity (and, obviously, a lot of effort) it is possible to fulfil a dream and overcome all expectations.

35 years ago, that young farmer pointed the objective of improving the quality of pork meat which was being produced by a small cooperative in his municipality (Cardona, in the center of Catalonia). At the same time, it was necessary to optimize the investment in stallions. He soon believed in the viability of a business based on artificial swine insemination, and she decided to jump into the pool without knowing if it was full: he mounted a pilot test at his house with only 4 stallions.

For this, it was formed in artificial insemination when this technique was hardly known. It was a young woman, determined, hopeful and excited about the profession in a men’s world, a traditional sector that over time has been modernized exponentially but in the 80s of the last centuries it was very conservative. Few believed in her, but time has given her the reason. Today, Semen Cardona is an international reference in the field of porcine artificial insemination, with about 20 artificial insemination centers (AIC) distributed throughout the Spanish geography, two in Mexico and one in the Philippines. In short, we talk about more than 2,000 stallions and an annual production of 4 million doses of pig semen. Not bad, right? Well the story goes on. Next week, more.

We use cookies to ensure that we give you the best experience on our website. If you continue to use this site we will assume that you are happy with it.Ok